Mayweather vs. Pacquiao: Will It Ever Happen?

grossing fight of all time. However, there seems to be an unending number of reasons why the fight has not happened yet. The Ring magazine has named the failure to make the fight between the two boxers as the Event of the Year for 2010.

Looking back, Mayweather announced that he will be retiring from boxing six months after he defeated Ricky Hatton. The fight between Mayweather and Hatton happened in December 2007. Mayweather said he could no longer find the desire and joy to continue with the sport. Mayweather had 39 wins and no losses in his entire career. He is also ranked as the number one pound-for-pound fighter in the world by The Ring, with Pacquiao coming in at second place.

At around the same time, Pacquiao earned his welterweight title after defeating Oscar De La Hoya with the eighth-round TKO victory. Pacquiao became widely known in the Western world after this fight.

On the day of Pacquiao’s fight with Ricky Hatton on May 2, 2009, Mayweather announced that he is coming out of retirement and that he will fight Juan Manuel Marquez. Pacquiao fought Marquez twice, one was a draw and the other awarded Pacquiao as the winner after a split-decision. Mayweather used Pacquiao’s newfound popularity
and said in his press conference that the people should not be shocked if Pacquiao wins over Hatton. Mayweather said he already defeated Hatton and he gave Hatton his first defeat. Pacquiao defeated Hatton by a second-round knockout and he was awarded the junior welterweight title by The Ring. 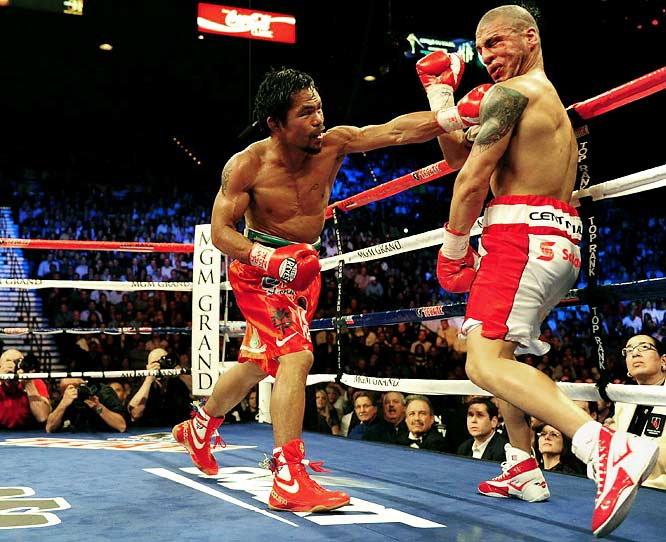 There were several reported negotiations of the Mayweather-Pacquiao fight. It was reported that the agreement was so detailed that it even stipulated who will step in the scale first during the weigh-in, who will be the first to be introduced, who will walk to the ring first, and who is the first boxer to choose his locker. It also discussed the billing of the two boxers.

Pacquiao is very open about his eagerness to fight Mayweather. This is to conclude who is the best boxer today, but Mayweather is still not saying anything about it. One rumored reason why Mayweather has still not come up with the decision to fight Pacquiao is because he is afraid that Pacquiao will taint his boxing career. Whatever the case may be, the Floyd Mayweather vs Manny Pacquiao bout will always be talked about in the world of boxing. It is just up to these two boxing legends to decide until when they will let the people wonder.