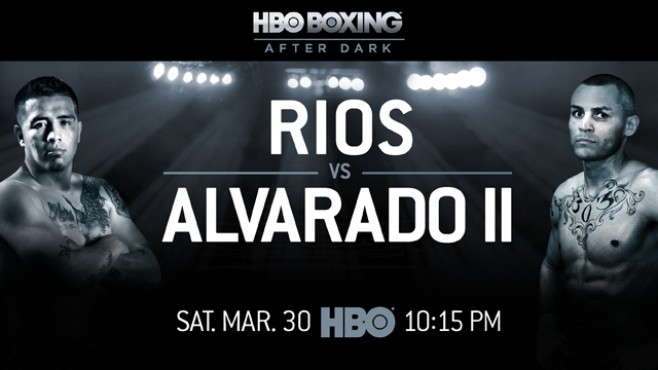 Brandon Rios vs Mike Alvarado 3 Round by Round

Round 2 Rios started the round with two quick jabs, Left hook to the body and right hook to the head landed for Rios, Rios relentless in this round landing head and body combinations, Both fighters trade punches but Rios is the more busy fighter punishing Alvarado with head and body combination. Right uppercut landed again for Rios, Alvarado legs are wobbly at this stage of the fight. Low blow by Alvarado and Rios went down, less than 1 minute remaining in the round, Rios once again landed combinations right to the body, left hook and uppercut up stairs, Alvarado got no choice but trade punches on forget his gameplan and that is to box, Mike wobbled when he gets back to his corner, Another Round for Rios.

Round 3 Rios started the round with power combination head and body, Rios banging away with uppercuts and body punches, Alvarado went down from Rios combination and Uppercut, Alvarado can’t do anything but coverup, Rios sucessfully landing his heavy punches to the head and body, at this point of the fight Alvarado is ready to go, both fighters trading heavy leaders but Alvarado getting more damage. Another round for Brandon Rios

Mike Alvarado unable to box Rios from distance which was the key for him in winning the second fight. Brandon Rios looks quick and strong in this fight he never let Mike Alvarado recover from the opening round he outworked, out-landed and out-powered Mike Alvarado.