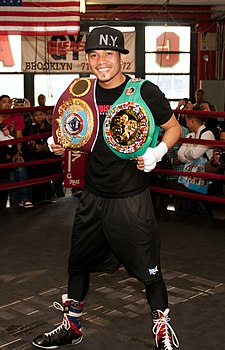 Donaire turned professional with his brother in 2001. They signed up with promoter Jackie Kallen, who paid the boys a monthly salary of $1,500 each. When Donaire lost his second fight against Rosendo Sanchez in 2001, via a controversial decision, he tasted the intense feeling that he did not want to see the sorrow, sadness or pity in people’s faces. Since then, he had continued a winning streak for over twelve years until April 2013. After four pro bouts, Donaire and his brother Glenn left Kallen and returned to Manila with their father. Initially mulling restarting their boxing careers in the Philippines, they decided to go back to the better facilities in San Leandro, where their father felt there were fewer distractions.