FloydÂ Mayweather vs. Manny Pacquiao in 2015?

In 2010, negotiations on a Mayweather vs. Pacquiao fight failed miserably. This happened even after the final (well, almost) fight sheet was laid on the table. Pacquiaoâ€™s camp refused the other campâ€™s demands for an Olympic-style drug testing. As a result, the Mayweather team found reason to discontinue further talks about the fight. 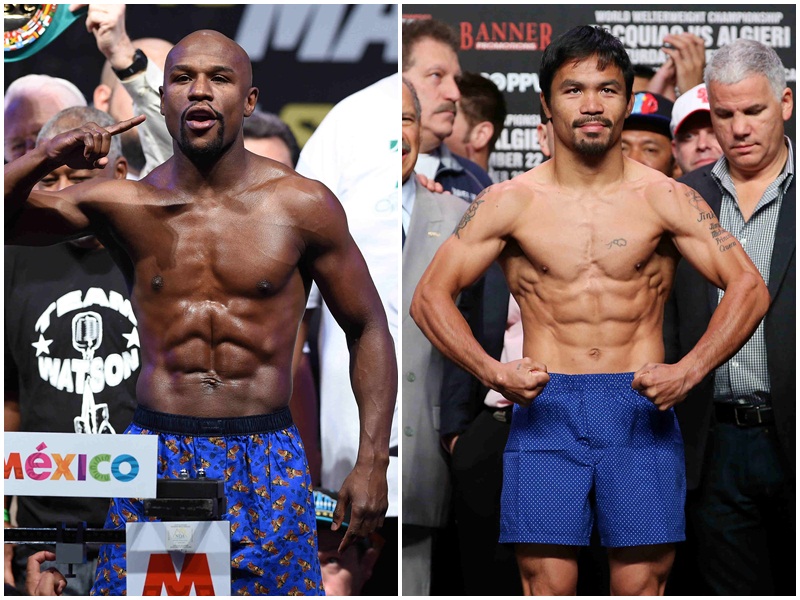 After more than 5 years, we still havenâ€™t heard the end of it. And this might yet have a happy ending. This is so because just a few weeks ago, talks on the possible mega came alive. Both camps agreed to a gag. No one inside the negotiations can say anything official. They have learned a lesson from having a public negotiation more than 5 years ago. Of course, that will not prevent people from both camps saying something to the media. But any leaks will be considered unofficial.

What Happened Back Then

The negotiations back then was said to be so detailed that every move (including who gets to choose a locker first) has to be agreed on. It was said that the Pacquiao camp was amenable to drug-testing. But because everything pointed to a possible fight, Golden Boy promotions (Mayweatherâ€™s handler) released a statement that talks did not go through. Golden Boy claimed that the Pacquiao camp refused drug-testing. Pacquiao, on the other hand, said that some of Mayweatherâ€™s moves were shady.

There was almost an agreement, but the deal was suddenly called off. This disappointed many who see the boxing match as probably the highest grossing fight in history.

Now, in 2015, deals are being thrown on the table. This could be attributed to Manny Pacquiaoâ€™s successful Chris Algieri fight. People around the world clamored for the Mayweather vs. Pacquiao dream bout. Somebody involved in the talks gave some information that will surely make anybody interested salivate. Yes, the talk is headed in the right direction. Both parties have agreed on some important things.

Although there is no set date yet, the source said that the fight might happen this May or June. Both camps are still trying to agree on the fight date. Apparently, the two pugilistsâ€™ schedules have to be ironed out. Last year, Floyd Mayweather Jr. said bravely to give him Pacquiao on May 2 this year. The whole world is holding their breath after this pronouncement.

MGM Grand Garden Arena was one of the possible venues during the 2010 negotiations. Just this week, after hours of talks, it is confirmed (unofficially) that it is to be the place where the mega fight will happen.

The sharing of the purse is biggest contention in any deal. In 2010, Pacquiao wanted 50-50. Today, still wanting the lionâ€™s share, Mayweather demanded 60-40 in his favor. Pacquiaoâ€™s camp said yes. According to the representative (name withheld), nothing is final yet as regards money. â€œMoneyâ€ Mayweather might get what he wants, and that is money. Pacquiao should get what he wants as well, and that is the fight.

They both still have contracts with media networks. This means that there would be further negotiations to work out as to who will cover the dream boxing match.

Mayweather still Best Ever after Pacquiao Knocks him Out?
Bermane Stiverne vs Deontay Wilder Fight Replay