Oscar De La Hoya: Fighting Manny Pacquiao will erase any doubt that anybody might have about Floyd Mayweather, Everybody wants to see Manny Pacquiao, if everybody thinks that Manny can beat Floyd you know great. 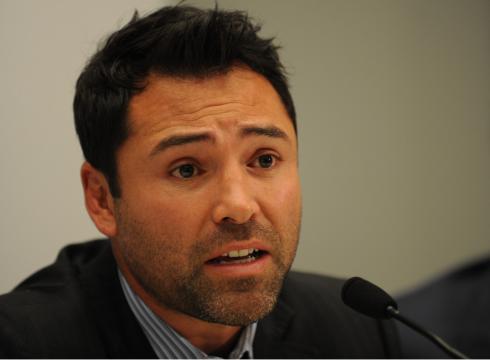 I mean its one of these fights that anybody can win, who will I give the edge to right now today, I would have to go with Floyd three years ago hands down it would be Manny Pacquiao, but now Iwould go with Floyd so you know its like if he fights Pacquiao then Floyd will erase our doubts that it may really might have.

Manny aged quicker in the ring than Floyd because he’s been in wars but who has the more respect? which gonna live on forever that is Manny Pacquiao there’s no doubt about that. Manny Pacquiao wow fought all this guys, he fought tought battles its a matter of now what matters most.