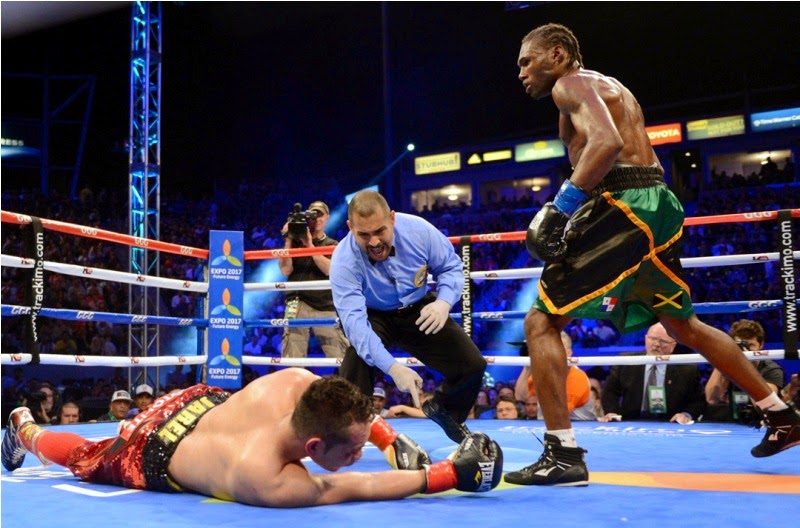 CARSON, California â€“ Nonito Donaire Jr. faced an opponent that was too good and too strong for him, and got knocked out with one second left in the sixth round Saturday evening at the StubHub Center here.

Nicholas Walters, the knockout artist from Jamaica, landed a short overhand right just above Donaireâ€™s ear to end the fight and hail himself as the WBAâ€™s lone featherweight champion.

Donaire missed with his killer punch, the left hook, and just for an extra second left himself open for the knockout punch. After taking the blow, the Filipino fell forward.

As referee Raul Caiz Jr. started to count, Donaire, bleeding from both eyes, lay on the floor. Slowly, he managed to get up but wobbled on his feet. The referee did the right thing. He stopped the fight.Â Read Full Story >>>