By admin on November 16, 2014 in Fight Replays
257 Views
Wladimir Klitschko TKO Kubrat Pulev in 5 rounds
Wladimir Klitschko Retained WBA (Super), IBF, WBO, IBO & The Ring Heavyweight titles
Wladimir Klitshko knocks down Pulev 4 times in this fight.
In Round One Pulev was able to land hard clean shot that forces Wladimir to clinch, just when Pulev started to get the momentum and build self confidence in the fight, Klitschko landed a left hook that sent Pulev down for the 1st time in the fight, Pulev got up and beat the count, but Klitschko landed another hard shot and Pulev went down again but Pulev survived the round.

Round 2 both fighters started to do the clinch at hit tactics, Round 3 Wladimir landed a hard right hand that wobbled Pulev, left hook landed by Wladimir with a push sent Pulev down again for the 3rd time in the fight.

Round 4 Klitschko spoiled Pulev’s offense with that hit and hug and hug and hit tactic actually both fighters are doing it but Klitschko got the better of it.

In the fifth round Klitschko threw combinations the left hook is the most effective punch for him, under 1 minute of round number five Klitschko landed a hard left hook that sent Pulev down for the fourth time, Pulev lying flat on his back unable to beat the count and the fight is over, Wladimir Klitschko won by KO. 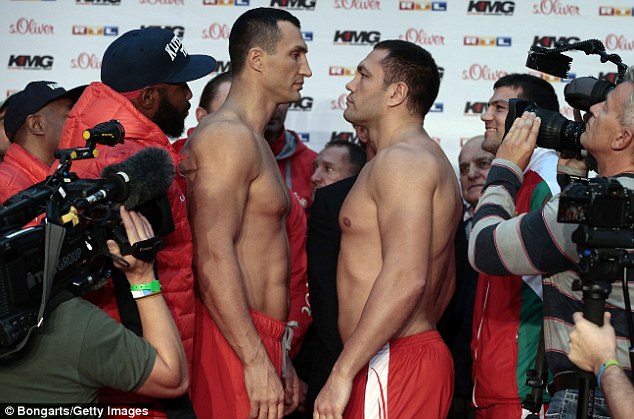