Welterweight Sadam Ali, stepping up to face his first serious test as a professional, scored an impressive ninth-round knockout of contender Luis Carlos Abregu in the co-feature of the light heavyweight title unification fight between Bernard Hopkins and Sergey Kovalev on Saturday night at Boardwalk Hall. 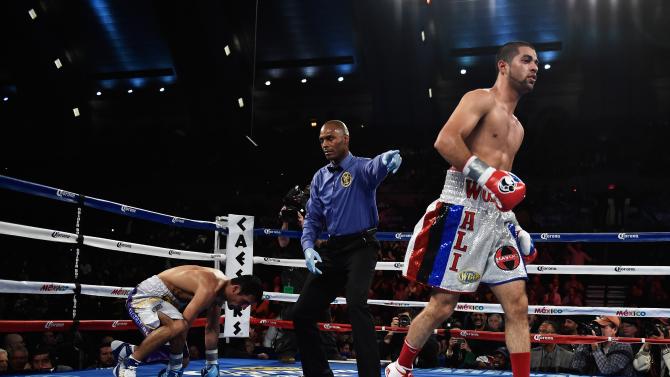 Fight result is surprising Agregu was known to be a hard hitter and a Knock Out artist but Ali was able to knock him down in the 6th round from a right Â hand counter punch, in the 9th round Abregu went down Â again and the referee Â stopped the fight.
[hdvideo id=864 ratingscontrol=on views=on title=on]