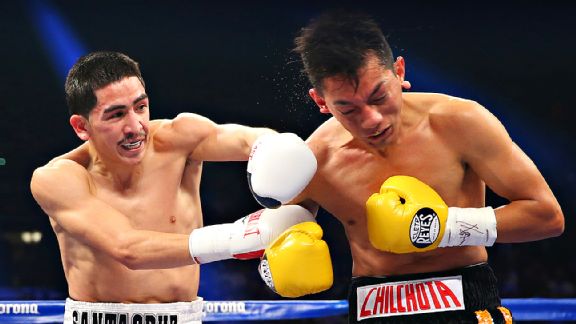 LAS VEGAS — When junior featherweight titlist Leo Santa Cruz was a young fighter on the way up several years ago, one of the champions he looked up to was Cristian Mijares.

Santa Cruz saw him win junior bantamweight title fights against Jorge Arce in 2007 and Jose Navarro in 2008 — and Santa Cruz had sparred with Navarro to help him get ready for the fight.

Faced with defending his title against Mijares, Santa Cruz showed no mercy, battering him in a near shutout decision on Saturday night on the Canelo Alvarez-Alfredo Angulo undercard at the MGM Grand Garden Arena.