[hdvideo id=711 relatedvideos=on]
Juan Francisco Estrada has retained his WBO/WBA flyweight titles with a dominating 11th round TKO over a game former world champion and onetime No. 8 in the pound for pound rankings Giovani Segura in Mexico City. 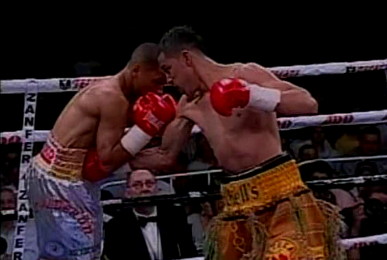 Estrada (27-2, 20KOs) won the title by a split decision over Brian Viloria in Macau on April 6, 2013 and then successfully defended it against previously unbeaten Filipino Milan Melindo on July 27, 2013 before scoring a 10th round TKO over another Filipino, Richie Mepranum last April 26.

Th 24 year old Estrada proved too good and too strong for the 32 year old Segura who had previously been battered by Viloria who won an 8th round TKO in Manila on December 11, 2011.

Segura (32-4, 28KOs) battled gallantly throughout but Estrada was simply too overpowering for his fellow Mexican. Read Full Article >>