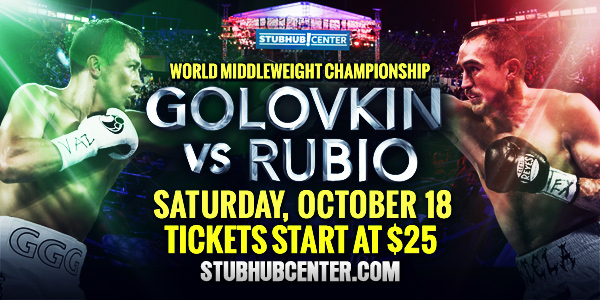 Gennady GolovkinÂ scored his 18th knockout in a row against an opponent who was three inches taller, eight pounds heavier, and considerably more experienced. 1st round doesnt have much action both fighters are measuring each other, then Golovkin starts to land heavy shots but Rubio takes them well. When the round two began GGG Golovkin wasted no time and started to attack Rubio in the opening seconds of the round and result the fight ended in TKO courtesy of that cork screw punch that GGG landed on top of Rubio’s head although Rubio was able to get up the referee stopped the it looks premature stoppage but if the fight continuous GGG will get him again in the later rounds.